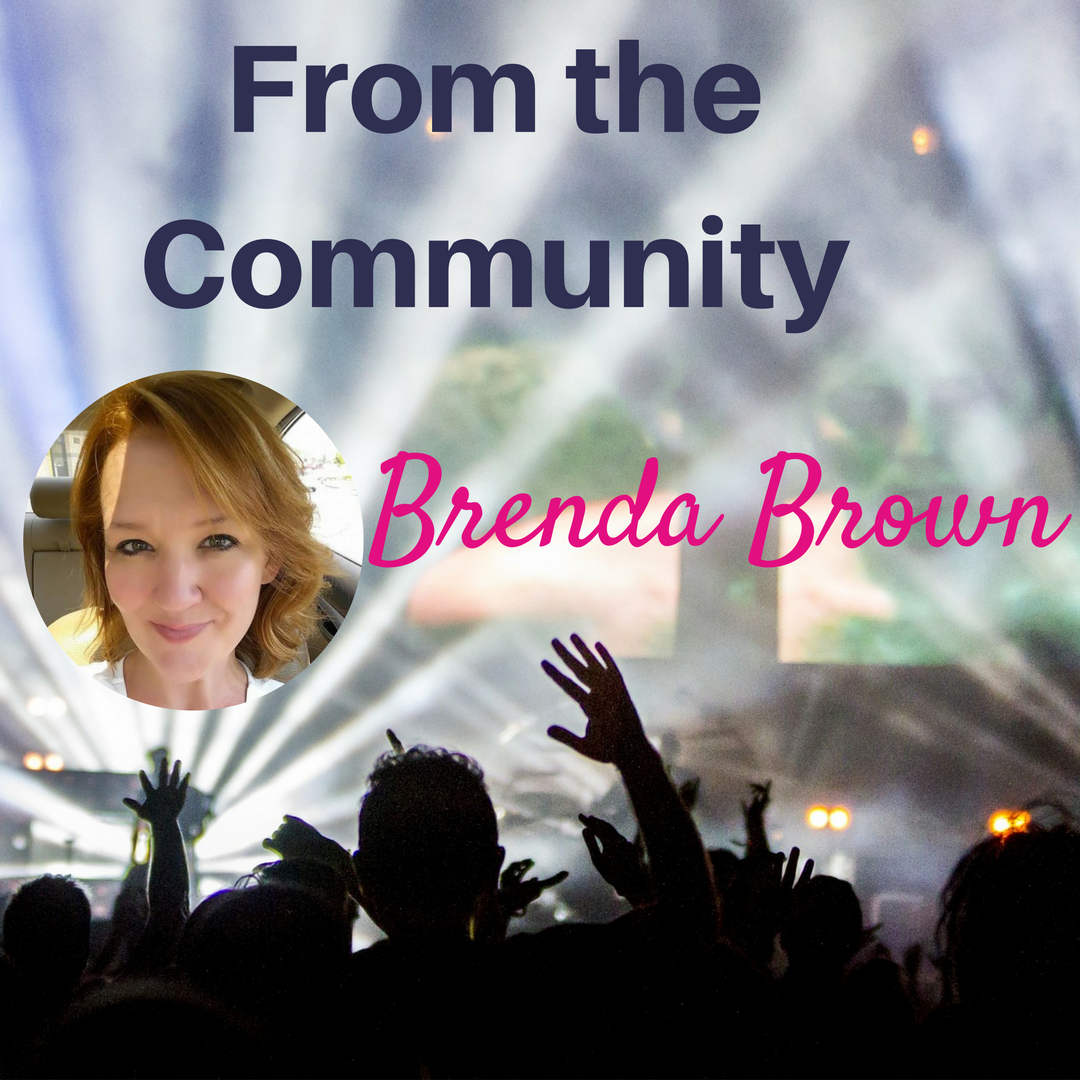 Community Spotlight: Brenda Brown on Owning You Are a Leader 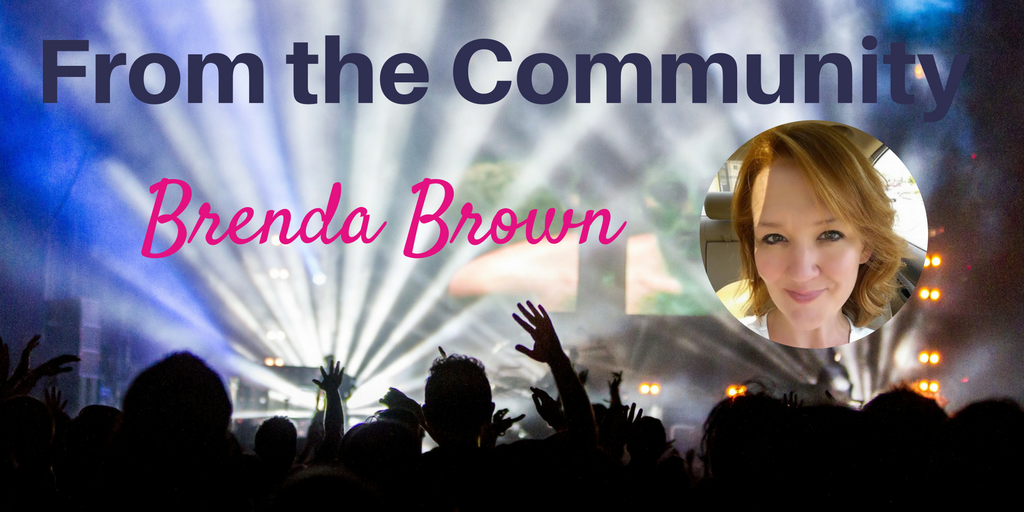 I am a leader!

It took me a long time to realize this and how incredible my journey is. If you were to take an aerial shot of my life you can see the natural progression of phase to phase making perfect sense but standing here on earth it looks and feels very different.

I was the girl who didn’t know what she wanted to do and who felt limitations on her. Self-imposed limits that told me I wasn’t good enough or smart enough to dream too big.  Frivolity wasn’t a luxury afforded to girls like me.

I became a mother at 19 and married and proceeded to have four children. I was a wife and mother. That was all I should want in life.  It was all my mother and grandmother had ever been. To voice my desire for more would be insulting and diminish my love for my children.

Fast forward sixteen years. I knew my marriage was crumbling but I had no job to sustain my family and no degree to use for gainful employment. I could either remain in a very bad marriage for my children or I could find a way to support them.  Public assistance wasn’t an option I entertained.

I found myself not knowing what I wanted to do or what was even out there.

I was a 35 years old and seemingly unemployable with no experience. I visited the local Bonney Staffing office. I took placement tests which showed I could learn programs but had no computer/keyboard knowledge.

Fate has always played a role in my life.

I was placed at a trucking company where I learned the business from the ground up. I spent four years there and became one of their highest paid brokers. I still felt like an imposter though, like a fledgling who was always learning and never quite good enough. It didn’t matter what I felt because I had the income to provide for my children.

I got divorced two years later. Divorce is never easy but some are better than others. My divorce was on the nastier side of the spectrum. I assumed all of the debt to expedite the process. I was physically and mentally drained by the time the ink was dry. I made some very rash decisions that made no sense. I quit my job with no other job lined up and I took my youngest and moved out of state.

On a wing and a prayer I packed, threw a resume online and hit the road. I landed in Virginia Beach in a relationship much worse than my marriage and no job. It took me two weeks to find a job at a trucking company that worked in the ports. The pay was not what I was used to but it was enough to squeak by. The office was typical of most in the industry. A male manager and a mix of women and men. The manager and I got along well. There was an acknowledged respect between us.

I found myself lunching with the Joe Dorto and Tom Capozzi from Virginia Intermodal Terminals which impressed me even though I’m sure they don’t remember me at all. I learned about the ports and how they functioned and who the key players were, soaking it up like a sponge.

My resume was still online and month later a head hunter from a Fortune 100 company called me. We spoke briefly and I interviewed with FedEx Truckload brokerage. I had a second interview and then flew to Ohio. I was offered a position as a logistics account manager. I would have a home office and support and be an employee for a newer division of FedEx. I was unsure of my ability and if I could perform to the numbers I told them I had.

I’ve always been a big believer of fake it until you make it. I won’t say the resume was fabricated but perhaps exaggerated slightly in some areas. I was torn between the position I had and the position offered which was new and different and offered me a certain amount of freedom and growth both personally and professionally.

I believe in signs.

As I toiled with my decision, I was out driving looking for places to position recruitment signs. I was, in fact, lost. Somehow I ended up on a dirt drive that led me straight to a fedex terminal. How big of a sign did I need?

I accepted the position but I always felt like a phony. I felt like an underdog going in. I worked for FedEx for two years. I learned a lot and made some mistakes and had some great successes but their operation was very different than the one I was trained with when I first began. I never fit into that corporate world. I didn’t play the game.

In the meantime in my personal life I had left the relationship I was in, moved back to Maine and settled into a little rental house not far from the beach. Money was still tight but we all got by. Life was simple.

From January 2012 to august 2012 eighteen agents left FedEx for one reason or another. I would be number nineteen. It was a financial decision.

I opened my own agency.

I had no capital, no savings and no idea that I would be successful. I called the recruiter who had placed me at FedEx and asked what opportunities he had available. I found a company that was a great fit. A smaller, women owned company with a great track record and family feel. We signed our contract four and a half years ago.
It was scary.

I took a part time job as a bartender for the first year. I had no reason to believe I would be successful. The self talk was always there. I gained customers and lost customers and hustled and made deals and moved freight like a pro but when the phone wasn’t ringing the fear crept in. The self doubt is never far away.

About a year ago I came across a Facebook post from a woman who had a website called “Women Taking the Lead” and noticed she was living in the same town as me. That intrigued me. I signed up for the emails and facebook posts and even sent this woman a Facebook friend request.

Jodi and I met for coffee and talked and I got to know more about her career history and her new direction. From the blogs and podcasts I hear about these women who have the drive and determination to succeed in their chosen endeavors to the women I have actually met and consider colleagues and peers and friends when previously I wouldn’t have thought myself in the same league.

It causes me to actually reflect on my role in the different industries that I service. I know that my skill and talent and hard work are in the high profile building sites that my customers service.

My skills and talent are chosen by my clients because of the confidence they have in me to help keep their business running smoothly. Time sensitive, out of the box solutions that come from my many years of diversified experience.

I know that I am one of the “Women Taking the Lead!” 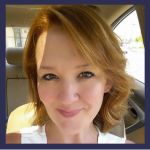 Brenda comes from a family with a long history in transportation and logistics. With three generations of truck drivers in the family, Brenda continues the tradition on the other side of the desk with a deep understanding and appreciation for the men and women who are behind the wheel. Brenda specializes in over the road and intermodal transportation with a focus on construction, specialty freight, and time sensitive shipments.

Brenda lives on the coast of Southern Maine and enjoys spending time with her four children and dogs. In addition to owning the Portland, ME PEI agency Brenda also performs many hours of volunteer service as the Marketing Director of Keeping Kids Safe.