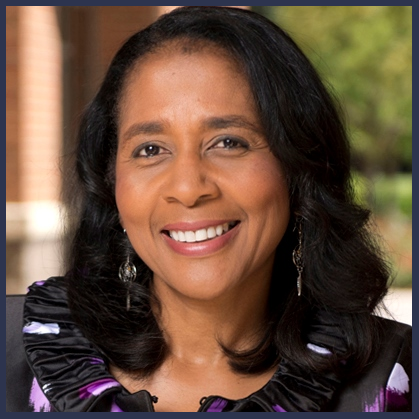 028: Angela Walker Franklin on Being an Unlikely Choice 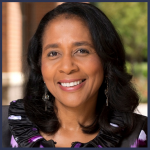 Angela Walker Franklin has worked in higher education for more than 20 years. Prior to her arrival at DMU, she held faculty and administrative positions at both Morehouse School of Medicine in Atlanta, Georgia and Meharry Medical College in Nashville, Tennessee.

Click to tweet: .@AuthorAngelaPhD shares her story to inspire you on Women Taking the Lead! Listen here ▶ www.womentakingthelead.com/028

• Growing up in the ’60s Angela was the only child of color in her elementary school class. Being the “only one” of a group was a theme for her growing up and she did find herself playing along with the stereotypes of the group she represented. She now sees being the “only one” as a way to make her mark on the world.

• Servant leadership coined in a book by the same title. Angela focuses on other’s first and looks for how she can serve and support them.

• Angela has begun writing and blogging about a philosophy and approach to leadership that focuses on moral character, integrity and treating people with compassion and integrity. On the institution side Angela is excited about the University’s focus on prevention and wellness.

• Lean In by Sheryl Sandberg

• Salmon on a bed of spinach.

• Angela would have stepped out on faith sooner and given up the struggle. She spent too much time agonizing over the next step.

• An Unconventional Journey, An Unlikely Choice