093: Felicia Knight on When You Realize You Are an Adult 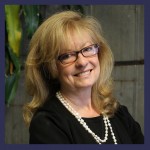 Felicia Knight is the president of The Knight Canney Group, a strategic consultancy based in Portland, Maine. Previously, Knight worked in Washington, DC, where for five years she served as Director of Communications for the National Endowment for the Arts, and for the prior five years as Director of Communications for United States Senator Susan M. Collins of Maine. Before that, Felicia Knight enjoyed a 20-year career as an award-winning broadcast journalist in Maine.

Click to tweet: .@FeliciaKKnight is sharing her story to inspire you on Women Taking the Lead! ▶ www.womentakingthelead.com/093

When Felicia found out a new male coworker was earning so much more than she was for the same job, she marched down to her boss to ask why. He responded that this coworker had a family to support, and Felicia took that and didn’t push back. She saw the question as answered.

Sometime in her early 40’s, Felicia realized that she was a bonafide adult. At this point she could use the powers of yes and no. It was time for her to make the decisions for herself.

Felicia tries really hard not to micromanage. It was hard for her to delegate, but once she did – it was life changing. She does have a low tolerance for missed deadlines and no attention to detail.

Felicia is excited about a new enterprise called The Portland Science Center, which they are handling media and PR for, and is a very popular science museum in a great part of town.

Listening is Felicia’s strongest practice. She also tries to see from others’ point of view.

Team of Rivals: The Political Genius of Abraham Lincoln by Doris Kearns Goodwin

What Would You Tell Your Younger Self?

Pay Attention. Life goes by very quickly and the average life is made-up of many small moments. Pay attention during that camping trip or that ordinary family dinner, and appreciate what is in front of you.

“Treat others the way you want to be treated.” ~ Felicia Knight