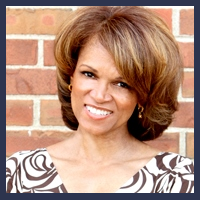 047: Renita Alexander on Being a Leader Through Collaboration

Renita Alexander is passionate about leadership!  Convinced that anyone can learn to become a better leader, she founded Leadership Unlocked, a full service, leadership development company and is a co-founder of Profit Pathway, a global education company for aspiring entrepreneurs and leaders.

Click to tweet: .@LeadrshpUnlocd shares her story to inspire you on Women Taking the Lead! Listen here ▶ www.womentakingthelead.com/047

• During her Air Force career she was invited an opportunity to be quickly mentored by a senior officer while he was visiting her base and she didn’t take the opportunity. She didn’t feel good enough to get such attention and too afraid to go anyway.

• While stationed in England during the Persian Gulf War Renita’s unit took on the greatest amount of responsibility for the duration even after other units had wound down. It was more than she would have thought she could have handled previously but she did it and it change her perception of her capabilities.

• Renita has a coaching style of leadership. She asks a lot of questions and works in collaboration with others, with a focus on determining the best way to execute a plan.

• An upcoming course for Profit Pathway, Cultivate Your Power to Profit, has Renita lit up. This program will challenge entrepreneur’s mindset around their ability to lead.

• Renita takes time for herself to develop mentally, physically, emotionally and spiritually.

• Renita would have cultivated a support group around her to help with decision making.

• “Everything rises and falls on leadership.” ~ John Maxwell