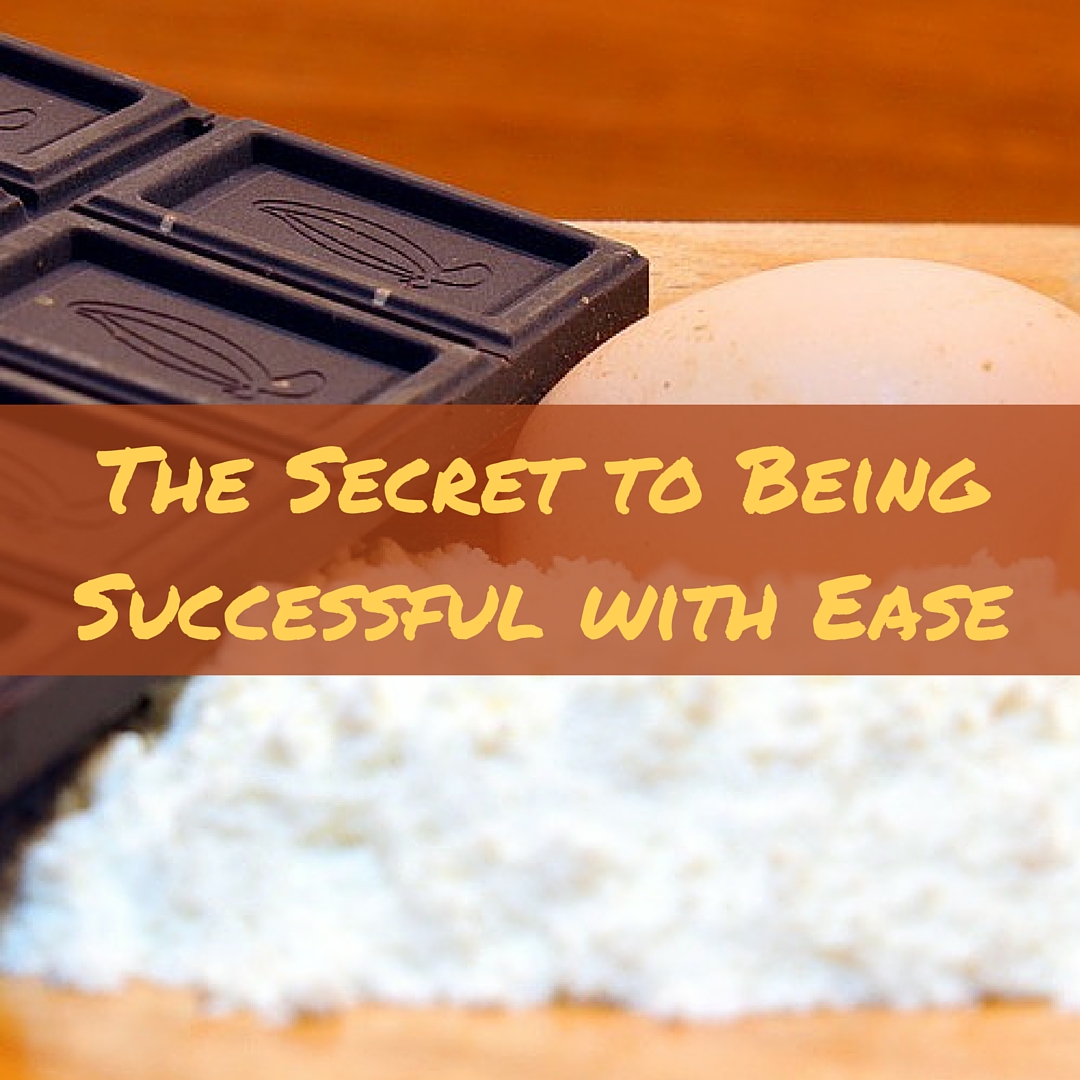 Bonus Episode: The Secret to Being Successful with Ease 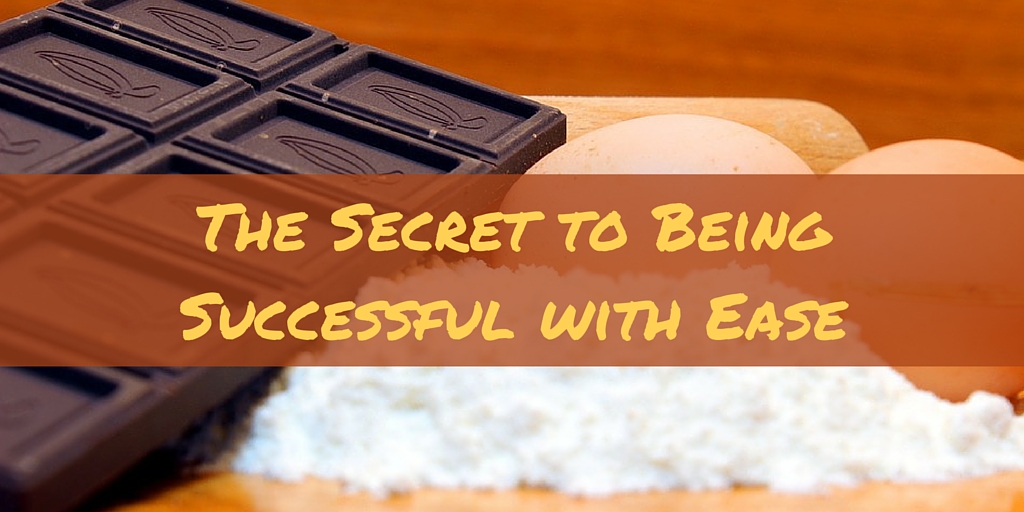 The secret ingredient to success

In the last bonus episode I talked about how it’s so important to have a picture in your mind of what success is going to look like and a sense of how you are going to feel when you get there.

I also did a guided exercise to help you with that so if you have not listened to that episode yet go back and listen to Bonus Episode: A Future You’ll Be Excited About.

I’m talking to you now about commitment but it’s really important you have something worth committing to.

When you have that really important something come back to this episode as I guide you to the next step.

At the beginning stages of forming what success will look and feel like you have the thought, but no action or very little action to back it up. If in the past you stayed in this phase you probably noticed that you were just wishing and wishing, and then you noticed all the time going by with no wish granted.

Every now and again you may take tentative steps toward this dream. You try something new; you buy lottery tickets or you try to form a new habit that will get you better results. If it doesn’t pan out you go back to wishing.

If you want to achieve that success you imagine it will require changes; changes you must commit to.

Change is difficult only when you haven’t committed to it

I love this quote by John F. Kennedy:

“Frank O’Connor, the Irish writer, tells in one of his books how, as a boy, he and his friends would make their way across the countryside, and when they came to an orchard wall that seemed too high and too doubtful to try and too difficult to permit their voyage to continue, they took off their hats and tossed them over the wall–and then they had no choice but to follow them.”

Making changes you don’t really want to make is exhausting, stressful and defeating.

The reality is the only thing making it hard is your lack of commitment. Commitment is what ends that dramatic internal struggle and decision-making.

When you are committed, you don’t question it, you don’t resist it. You throw yourself into it full force. You may acknowledge the difficulties but they don’t stop you.

Instead, you are much more aware of the benefits that are beginning to show up because you’re looking for them.

For the first 30 years of my life I wanted to be physically fit.

I envied the girls who could eat what they wanted and still looked great in a bikini every summer. I was not designed that way and knew that I had to take a different path. But I resented it.

Physical fitness was going to require a lot more than I was willing to give. So I’d go through stages of working out semi-regularly, watching what I ate and then go on strike.

I would eat what I wanted and would not work out. The consequences to my body were self-evident and damaging.

Around the age of 30 I began doing semi-private training with a group of friends. I was about 40 pounds over weight, having bounced back from 60 pounds over, and had only recently started to run on the treadmill a couple minutes at a time.

I told myself that, at 30, it was now or never. I would never have a better opportunity to do it again. I signed up for local 5k races, then a 10k, and in October of the next year I completed a half-marathon.

Within a month of completing the half-marathon I decided I was going to run the full marathon the next year. There was no question in my mind – that race was going to happen.

As the holidays arrived I made some changes.

At this point I was still 15 pounds above the weight at which I wanted to start my official training in April.

Was it hard? It was a challenge at times, but it was a lot easier than I expected it to be.

I didn’t eat those foods anymore. Period. It wasn’t up for discussion so I didn’t waffle over any decisions that needed to be made.

I think that’s where a lot of our struggle comes from. We get torn when faced with a decision but when you’re committed there is not decision to be made, you already know the answer.

I trained through the summer. This included vacations, holidays, birthday parties, random barbecues and all the good things that go with summer.

I had a plan, I supported myself by bringing my own food or I chose things that were a part of my plan.

Nothing was more important than being at my best.

It wasn’t just about the marathon that was months off; it was about being at my best for every workout or run.

Was I resentful? No, I was not.

As the pounds dropped away and my body got tighter and stronger, I had my progress to comfort me. Every other week I did a longer distance run and felt the victory each and every time.

And every time I put on my new smaller-sized clothes, it felt like a pat on the back and a high-five.

I had a network of people who became inspired by my goal. They appreciated and admired my steadfast resolve, even if at first they didn’t understand it and they would question it.

They supported my diet, my lifestyle, and offered to do training runs with me so I would have companionship along the way.

If my level of commitment had been any less this support system would not have been the same. The actions I took were in alignment with my commitment; they could see it and wanted to be a part of it.

As a result, at the age of 30 I became a runner and at the age of 31 I ran a marathon. Without my commitment to that goal and to me, that would never have happened.

Commitment is a game-changer. 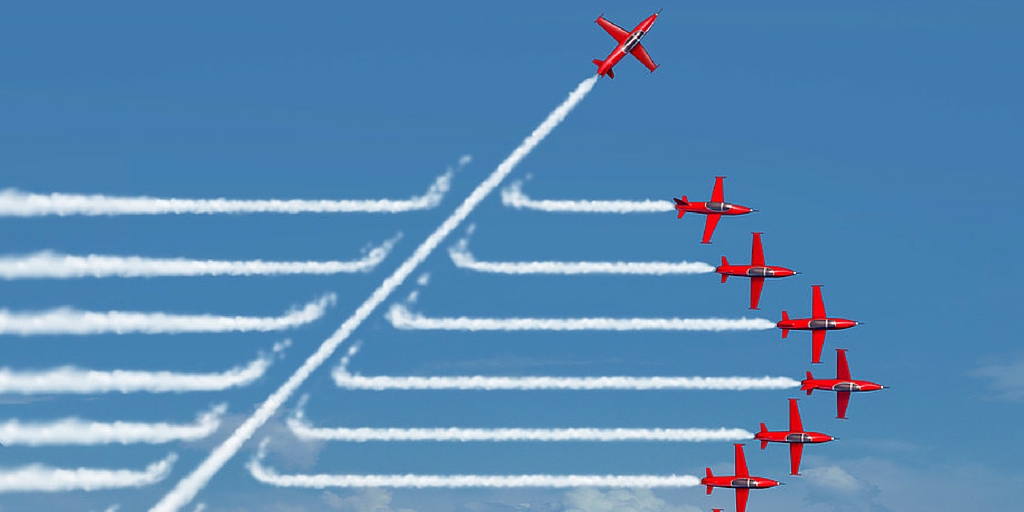 The moment you commit to an authentic action and follow through without knowing what the outcome will be is the moment doors will start to open.

Until you commit and take decisive action, you’re on the sidelines and nobody knows what you need. They don’t know how to contribute to you.

Many of my clients first started working with me because they wanted to commit but they needed that support system, accountability and a partner who understood the journey that they were on.

If that sounds like you I urge you to reach out to me so we can chat.

It may be that working with me might be the perfect thing for you or it may be I can give you a few perspectives that can get you started on the right path.

Email me at jodi@womentakingthelead.com and let’s get that conversation started.

The power behind commitment

Lastly, I want to leave you with a quote by Johann Wolfgang von Goethe”

“Until one is committed, there is hesitancy,

the chance to draw back—

Concerning all acts of initiative (and creation),

there is one elementary truth that ignorance of which

that the moment one definitely commits oneself,

then Providence moves too.

All sorts of things occur to help one

that would never otherwise have occurred.

A whole stream of events issues from the decision,

raising in one’s favor all manner of unforeseen incidents

and meetings and material assistance,

which no man could have dreamed would have come his way.

Boldness has genius, power, and magic in it.

Thank you for joining me on my journey and Here’s To Your Success!