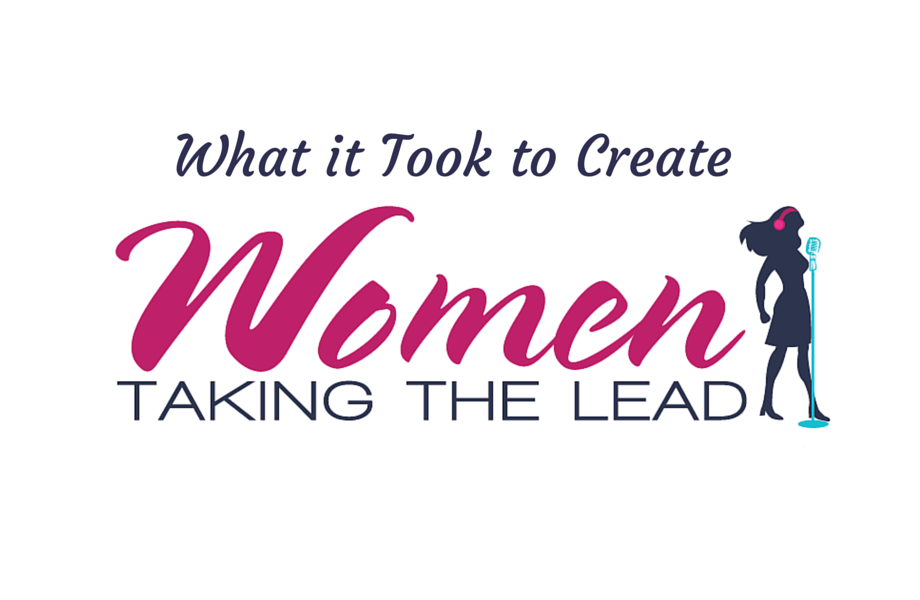 Overcoming Obstacles to Launch Women Taking the Lead – Part One

The Journey to Women Taking the Lead Begins…

I was a couple years into my business and things were going…okay. I was getting clients, but not as many as I would like. I was working steady hours, perhaps more than I was happy with. I offered a good service yet I was feeling compelled to do more and focus more on women.

I even went so far as to announce in my Business Networking International (BNI) chapter that I was now going to focus my marketing specifically on women. Three men hired me that week.

I had just become the President of my BNI chapter and I was really excited to do a great job, grow my chapter (which there had been some resistance to within the group) and make some changes that I and the other leaders saw as necessary. I was also feeling great because one of our newest members thought like I did: we needed to grow and grow right away. Our mutual outlook had us becoming friends and this extended to becoming friends with his girlfriend.

He took on the role of Growth Coordinator when I became President. (Yes!) With a like-minded partner-in-crime the tide could be turned. We were both positive, high-energy and determined. We just needed to build some momentum and see it through without ruffling too many feathers.

And then he had to leave the chapter. (No!) He was making changes in his life and was leaving his career in commercial real estate. I was saddened and yet I understood the internal pull to make drastic changes to put my life in alignment with a greater purpose.

…Over a Cup of Coffee… 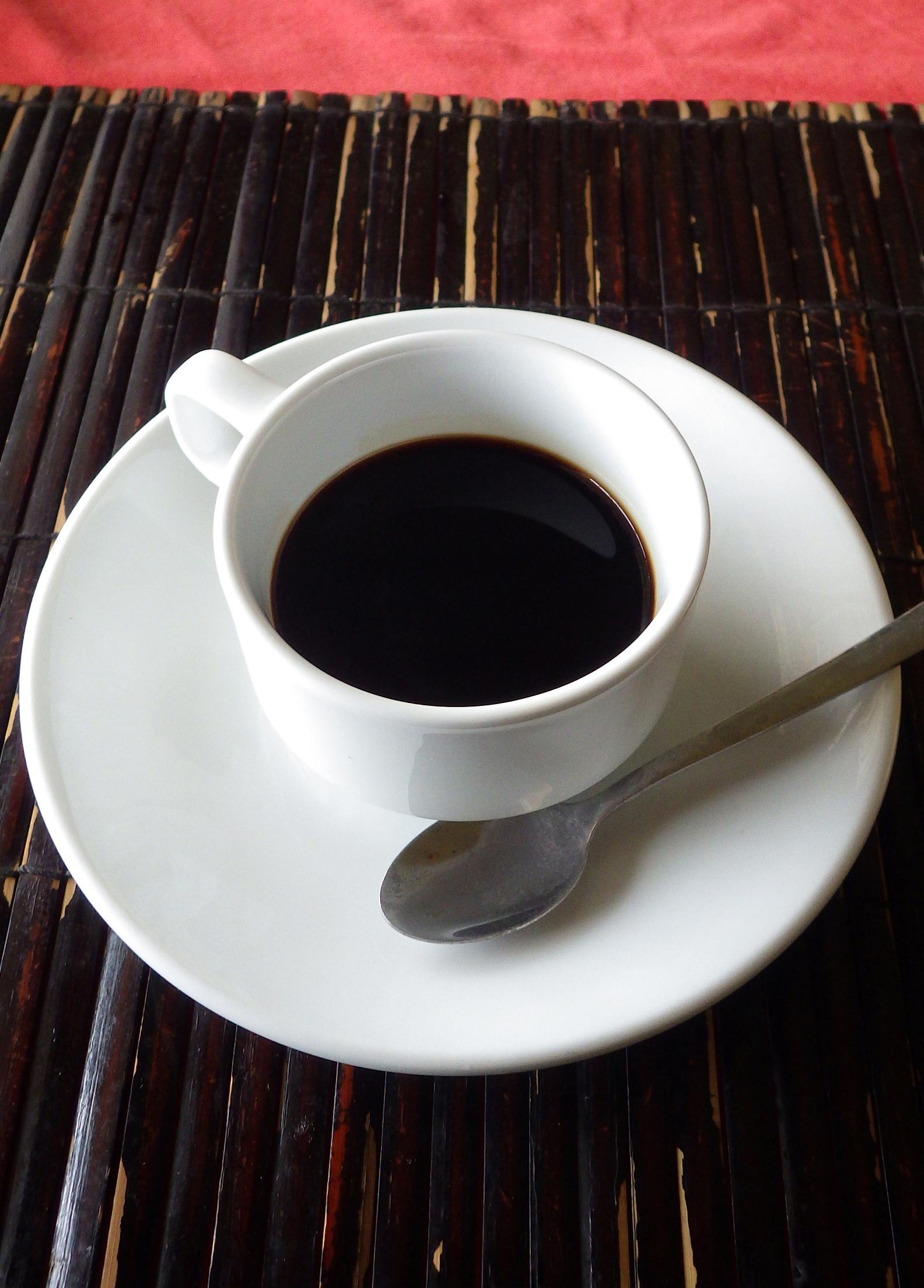 I shared with him my thoughts on his departure and he asked if we could quickly meet for coffee so he could share what was going on.

I’ll never forget it. It was June 20, 2012. We met at Bard Coffee in the Old Port in Portland, ME. I was curious about what was going on but just expected to hear his news, wish him well, and offer support to help as he made big changes in his life.

Not long after we sat down with our coffees in front of us did I feel the hair on my arms stand up and a light sweat break out on my skin (and it wasn’t because is was June).

He told me how he had been listening to podcasts as he drove around the Greater Portland area and beyond for his job. He shared how frustrating it was because he was constantly in the car and most of the podcasts he enjoyed only released one episode a week.

I knew what podcasts were – sort of – but I had never listened to one so I nodded my head more out of compassion for his frustration than from any understanding of what he had been going through.

And then he said it – he was starting a 7-day-a-week podcast to inspire people like him, the want-to-be entrepreneur and the new entrepreneur, to go for it. He would interview successful entrepreneurs and have them share their downs and ups, insights and favorite resources to empower and inspire those who longed to break from the 9-5 and start their own business.

By having an episode release every day his audience would know they have new content to inspire them each day of the week.

I could barely breathe. It was crazy! It was awesome! I was going to do what I could to support him.

I took down the name of his podcast and website (he didn’t have business cards yet) and before he had even walked out the door I had opted-in to his list. He sent a note, laughing as he walked back to his condo and now home-studio, that nothing was ready to go yet but he appreciated my enthusiasm.

I was overjoyed for him and ready to do what I could but I didn’t yet connect this revelation to my business.

…and Conversations in the Community…

Through education, planning, hard work and a roll of the dice, John became successful in his new venture. Not just in the podcasting world, in the entrepreneurial world and society in general. He has been featured in Forbes, Fast Company, Success, INC, & TIME Magazine. Woot woot!

Naturally, this created a buzz in my community. Local boy from Maine makes it big! Those of us who knew him pre-podcast watched in amazement as he hit each new milestone in his business. 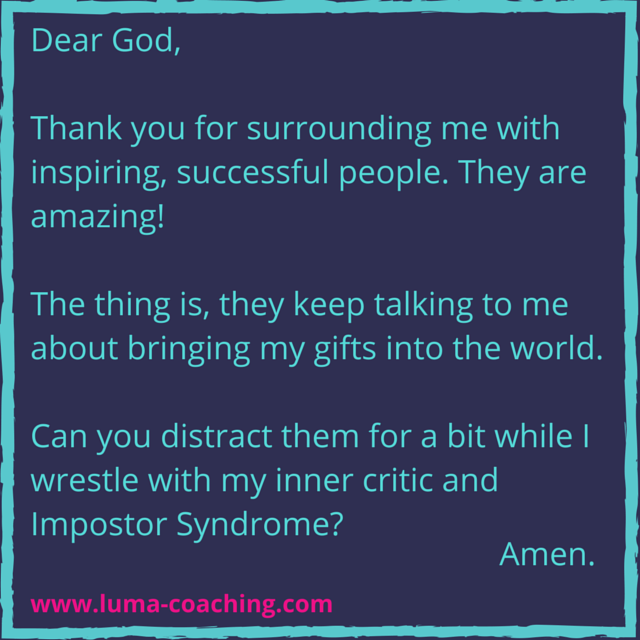 It was a woman from Maine who had mentored John through the launch of his podcast. I had an opportunity to meet his mentor, Jaime Tardy of Eventual Millionaire, at the Agents of Change Digital Marketing Conference put on by another local who has launched a podcast, Rich Brooks of The Marketing Agents.

Rich told me to start a podcast. One of my mentors in BNI, Tim Roberts, has three podcasts: BNI & Power of One, Success Through Referrals and The Tap Handle show. He told me I should start a podcast.

I am surrounded by podcasters and I have been getting feedback over the last several years that I should do more audios in my business because I have a soothing voice and I’m easy on the ears.

I squirmed, I deflected, I gave excuses, I did weird conversational dances and finally – I owned it.

I declared publicly that I was starting a podcast.

Have you ever been in a situation where “all signs were pointing ‘that way'” and you resisted making the change?